“Nayi Soch” is a Brand Activation campaign that introduces a new way of thinking to let go of the age-old stereotypes and social conventions that create differences among people and create a fragmented society. “A New Way of Thinking” is important to build a society and community that is inclusive in nature and accepts all individuals irrespective of the differences.

Initiated in 1977 under the leadership of Late Mohanlalji Dalmia, the group had a humble beginning as a trader of loose tea bags. Since then the company has seen a tremendous upward trajectory and in April 2017, Mr. Krishan Dalmia and Mr. Gopal Dalmia took over the entire management. Today the company stands as one of the pioneering tea houses in Eastern India, a registered buyer at all the major tea auction centers, and has a sizable purchase order every week to meet various requirements of the clients.

The brand wants to invest holistically in projects that would eventually create deep-rooted behavioral changes and enable a progressive society.  With the first campaign around “Nayi Soch,” they sought to share the various social concerns transgender people have in their day-to-day lives and build social inclusion and acceptance for them. As part of its mission, Dalmia aims to ensure that transgender individuals are included in mainstream society on a social and economic level. 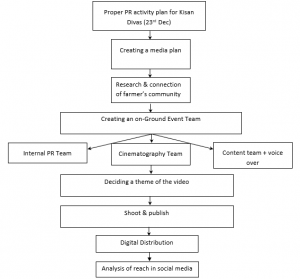 To do this, we had taken the following approach –