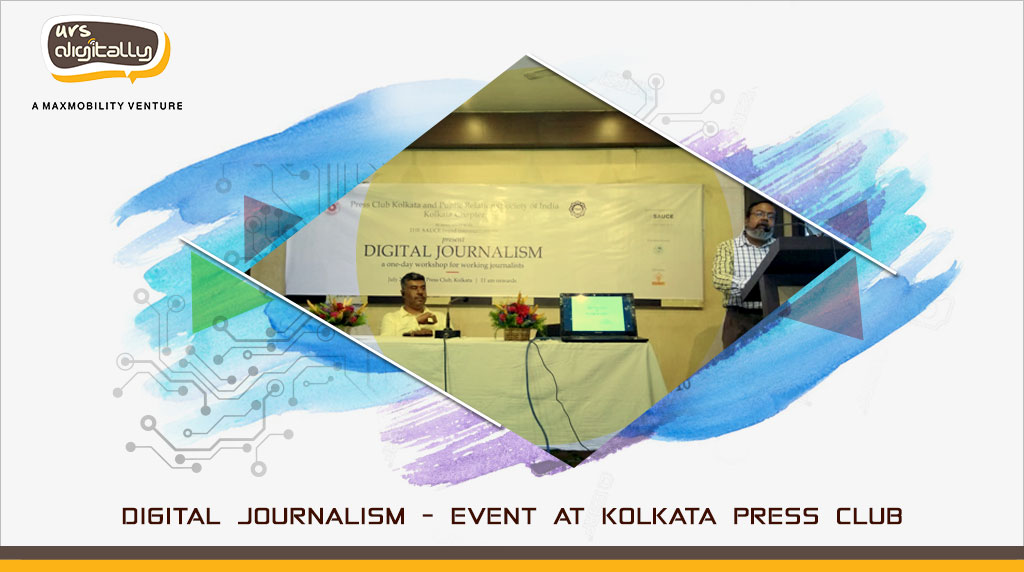 How Digital Media Has Rocked the World of News? Insights from JOURNALISM 2.0â€”A Workshop We Conducted at PRESS CLUB KOLKATA | UrsDigitally

The world is changing two digits at a time—zero and one! Digital technologies are revolutionizing every industry that we can possibly imagine today and is rightfully throttling the human civilization to a completely new era unheard of even few decades ago.

So, what that means for journalism? Quite unsurprisingly, this sector has also not escaped the digital fever and is on the course of many breakthrough transitions. But, there’s a catch. Journalism is not just any other field. It’s the real information powerhouse and an industry that influences societies, cultures, nations, and impacts billions around the world.

The e-codes have completely revamped the process of information flow from the source to the destination—billions can know anything happening around the world within seconds. As great as it might sound on the surface, unfortunately, there are a lot of apprehensions too in the field surrounding this transition. For instance, job relevance for a large percentage of industry stakeholders, rapid changes such as economies of scale, and possibly limitless threats!

Kolkata Press Club, a name that certainly needs no introduction, has been aware of this ongoing paradigm change in the industry—digital journalism or journalism 2.0, for a while now. Overall very confident on the advantages that this transformation entitles for this industry and to the true vision of journalism—put the world’s information in its truest form into the fingertips of all people, anytime, anywhere—the organization has been administering annual sessions for the state’s budding journalists, mass communication students, and veterans to help them comprehend the positives of digitization and how it can augment their profession in seemingly limitless ways!

We, at UrsDigitally, have been associated with these prestigious workshops from its very inception and being a 360 degree digital marketing agency in Kolkata, have been proud to produce our own ideas before the best of journalists in the city. This year too, we were part of the yearly session of Kolkata Press Club and our CEO, Mr. Mitul Das was invited to address and enlighten the audience with his in-depth industry knowledge and what digital transformation promises to this age-old market.

“There are four pillars on which the world of journalism stands today—Sourcing of News, Validation of News, Distribution of News, and the Impact of news. I am here to tell you exactly how digital technologies have revolutionized each and every of these segments,” Mr. Das began.

To initiate, sourcing of news had always been a very lengthy, expensive, and time consuming affair. News agencies had to employ people who would travel long distances to screen out new information, daily affairs, and communicate with hundreds of people. Overall, each such firm had to deploy a huge network almost like fishing net to get hold of any new information. Needless to say, digital media has completely scrapped that. With billions connected to the internet, now anybody can say anything on social media and put up any new information.

For Exclusive Digital Workshops write to us at reachus(at)ursdigitally.com, or contact us here

For example, the concept of ‘citizen reporting’ has become very common, something like the Times of India has already implemented. Any citizen at any place, if witnesses something unusual or something that craves attention, can immediately record the same on his/her smartphone and directly send it to the press. Moreover, tech-savvy journalists now can implement ‘social examination and listening tools’ through which upon selecting a special topic/topics on the web, they will be immediately notified whenever any new information on that topic is posted. To speak as a whole, reporters now are seemingly drowned with the flow of information they receive and witness every day, and on-field networking as of previous days is almost redundant! 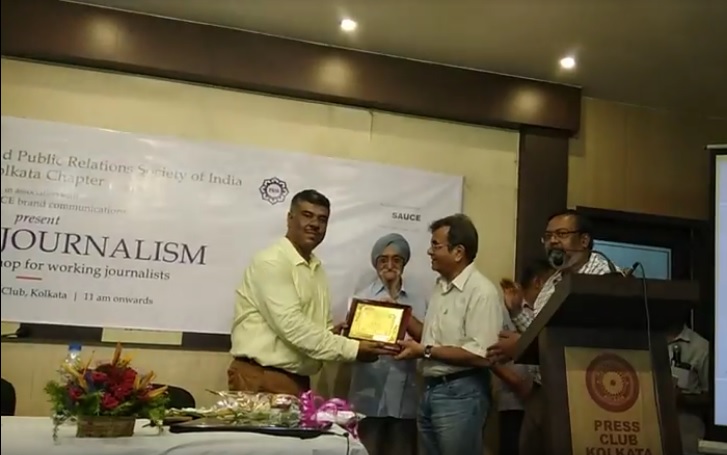 The last line connects directly to the essentiality of the second segment—news validation. More information doesn’t necessarily mean right information. In most cases, it’s just the opposite.

With social media companies themselves now engaging in a holy war against fake news, curation and news validation has become significantly more important. The importance is all the more magnified when we realize that due to the expanse of digital media—connecting millions—one fake piece of information can create a national or international ruckus within no time.

While access of information to common masses has grown easier than ever before and on a much wider extent—information empowerment, it obviously also has opened new doors of malicious, manipulative, and self-centred activities by criminals or like-minded people. For, instance, recently it was confirmed that the news of Saudi Arabia announcing a 700 crore relief fund for Kerala was a hoax, bringing a much unexpected end to the nationwide uproar that was caused when a message was further circulated that the Indian government had refused to accept the offer.

Hence, online information explosion and its ill impact of increasing the possibility and impact of fake information calls for much more concrete validation tools such as B S Detector, FiB, Media Bias, than ever before. Thankfully, there are plenty online photo analysis, image validation, author/reporter profile scanning, and more tools available that could be leverage by today’s new age journalists to validate any new piece of information.

The third segment is obvious to understand—digital technologies have completely revolutionized news distribution. The biggest problem in the previous era and the ultimate silo for news agencies was that information distribution was localized. It took eons of collective man hours to collect information, validate sources, edit them, put them onto print, and finally distribute to obviously a restricted location. Also, language was a barrier.

Needless to say, apart from the gargantuan time loss, this was extremely expensive, ardous, clumsy, and left a lot of room for errors. Through the World Wide Web, today a person based in a remote village in one of the farthest corners of the world can come to know what is happening in the opposite face of the planet with the single click. In addition, the same news can also be now rendered in different forms with minimal effort—videos, articles, blogs, audio news etc. Access to information, as mentioned few lines prior, is now on a scale just unthinkable and hence digital technologies have completely revamped the way information is now distributed to the masses, anywhere, anytime, and within seconds! All this, in a fraction of the cost than ever before.

The last slice of the four flavoured cake of journalism 2.0 is something which has been solely possible due to the advent of digitalization—impact of news or measurability. The journalism of the previous era culminated right after the news was distributed in printed format and that effectively left the loop open. There was minimal communication with the audience on how the news affected them, what was their psychological standpoint and opinion, what significance and impact did one piece of news entitle? All this has been possible, and with huge intensity, due to the rise of digital media. To be more precise, social media platforms now help news agencies to gauge the impact of their delivered information on the audience and learn from their comments, reactions, and feedbacks. It’s a whole new level of motivation to carry out a work and a tool of immeasurable assistance for new-age journalists when they can exactly visualize how their reporting of information affects the audience and how can this be improved to win over more audience from market peers. This has finally closed the loop and engaged news agencies to strengthen their core capabilities.

For Exclusive Digital Workshops write to us at reachus(at)ursdigitally.com, or contact us here

With positives, the negatives also come along. As Mitul explained and discussed on the ways digital technologies have disrupted everything in journalism for the beneficence of the industry and the world, unsurprisingly, concerns over the responsibilities of new-age journalists came to the fore. As common with any application scenario of e-tech, many journalists in the audience questioned the relevance of the human mind in journalism few years into the future, if not immediately now.

“With AI increasingly creeping in to the world of codes, ringing the death bell of redundant activities, the concerns made all the more sense. To that, the speaking panel had a very apt answer that concluded the proceedings of the day on a positive note and summed up the mission of the session altogether—“Digital technologies, or even AI, can present you with a horde of data, maybe filtered to a point. Ultimately, it’s upon the human mind to interpret that information in the correct context and decide on how to present that before the audience. In an era of information explosion and the ever-increasing thwart of mis-information, new age journalists have to become more like governors of the whole process, carefully monitoring, validating, and interpreting each step of the information flow from the source to the destination. Hence, it’s suffice to say that digital technology would be the ideal enabler and augmentation tool for all journalists in this information-hungry and information flooded world, rather than a replacement.”