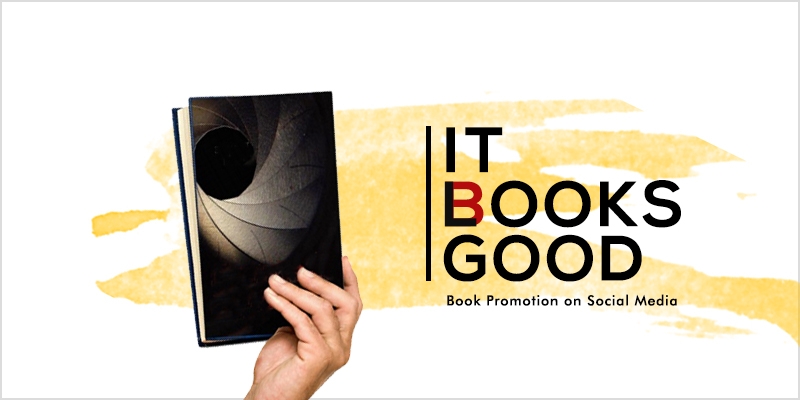 When Frank Zappa said “So many books, not enough time”, the world resonated in awe. Let’s face it there is no experience as intimate and personal as reading a good book. The love for reading is one thing, but the love to write is another. With digital book publishing, formats like Amazon Kindle, self-publishing and sorts, there has been a considerable rise in first time authors and publications which adds on to the literary caravan.

According to a recent research report by the University of Cambridge, more than 1,20,000 books are released every month around the world, out of which 25% account for first time authors. At the same time publishing houses are on the decline. The journey of an author from ideating a story and then creating a book and releasing it to the infinite world of book lovers is nothing less than a great feat altogether. But, here’s the spoiler! The most decisive part of the publishing puzzle is building the awareness among millions of books on the shelves. With digital media, promotion and marketing of a book can now be done with far lower cost than the print promotion.

Recently a fun project came our way; something that has opened up new frontiers and propelled us into the fun world of book promotions and marketing online. For an established optometrist and an executive director of a leading eyewear brand, we set on to promote his debut novel ‘Yet We Marry’ on Social Media. We stood up to the challenge, and in less than a month we made sure that ‘Yet We Marry’ is the talk of the town in various online communities and forums.

In this post, we will share with you what we have learnt from this greatly successful digital marketing campaign for a book.

A Good Brief Makes It Large

Getting to align your thoughts with the author very well is extremely important. The author externalises his internal persona and has already mapped a character to his product-the book. As marketers, it becomes extremely important to retain the primal character and persona of the book as the writer had imagined it. This requires constant communication and rigorous discussion to make sure that the author and marketing team is on the same page. For ‘ Yet We Marry’ by Ajay Kr Bhootra, we spent hours discussing the various aspects of the book, the author’s expectations and vision behind the novel and so on and so forth. 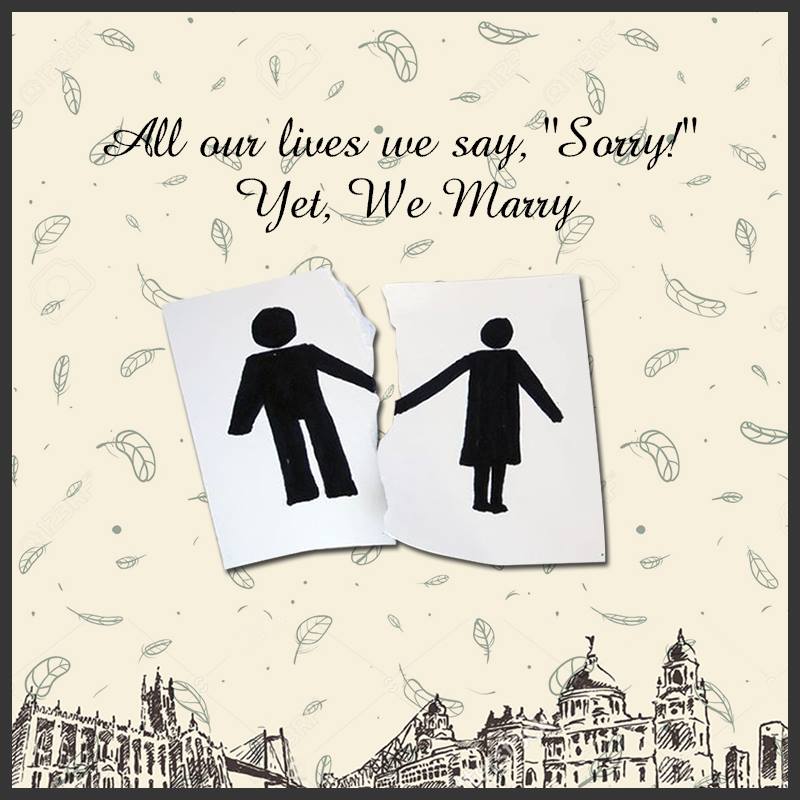 For a book promotion, you cannot only rely on the author’s brief though. You will have to know the story, inside out. Breathe in the characters, settings, the intricacies of the plot and the likes. Our whole design and creative team read a two book set for more than 2-3 times to promote the first part of the series. No matter how busy the schedule is, it is important for the whole team to be on the same page.

A Thorough Research Forms The Basis of Any Campaign

The vitality and strength of any promotional or marketing campaign always rests on research. For a book promotion on social media, the approach to research is multi dimensional and sporadic. For instance, it is a good idea to start by researching other books of the genre that had found a lot of engagement and mentions on social. For ‘Yet we Marry’ our research and analytics team took on the task of mining online data to find out how many first time Indian authors have released a book in the past few months. Then the aspects of the promotions and its performance were presented to the creative team in an easily decipherable comparative study. Other aspects of research included narrowing down the demography which was interested in such books, understanding the rich and diverse persona of Indian readers and the expectations of such readers in public forums and the likes.

To successfully hit the bull’s eye, it is important to aim well 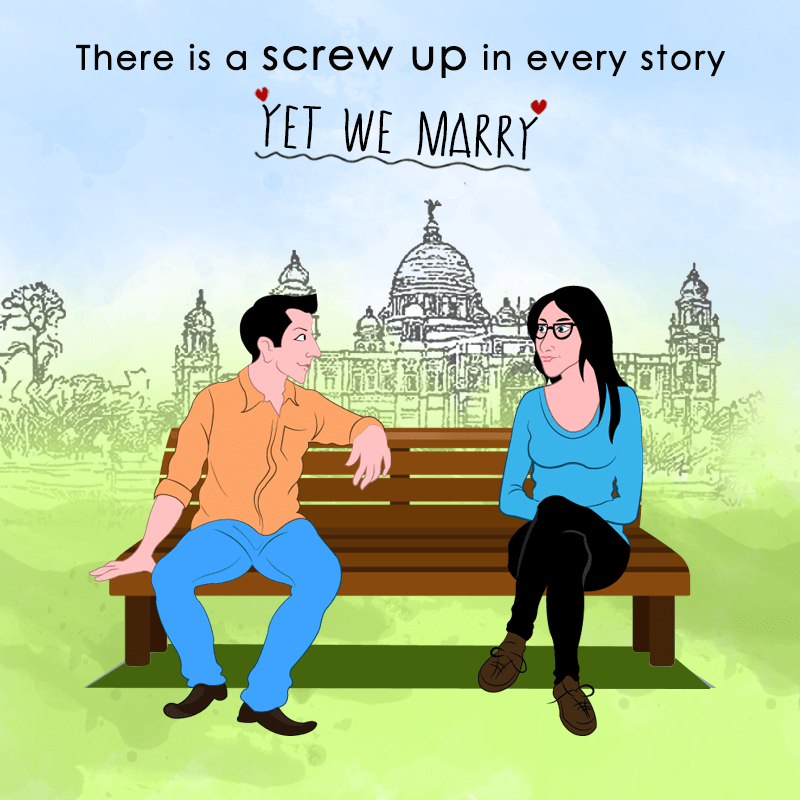 Let’s face it! In such a diverse market as India, a unitary approach won’t work. Understanding the diversity in the persona of readers, lets you plan a diverse marketing campaign which will allow you to reach out to a wide range of readers on social media. On social media sites like Facebook, once you have a good idea of the persona of the reader pool, you can then chalk out a plan as to which customer mass to target accordingly.

Digital media’s capability of narrowing down the customer base makes promotion in such a short time much easier. To trace down digital imprints of the demography not only helps draw out the customer base to reach out to, but also helps establish an online lead generating mechanism into the sales funnel eventually.

Once the research on archived promotions came out, our media team spent a considerable time to figure out the targeting strategy to reach out to the desired audience group. 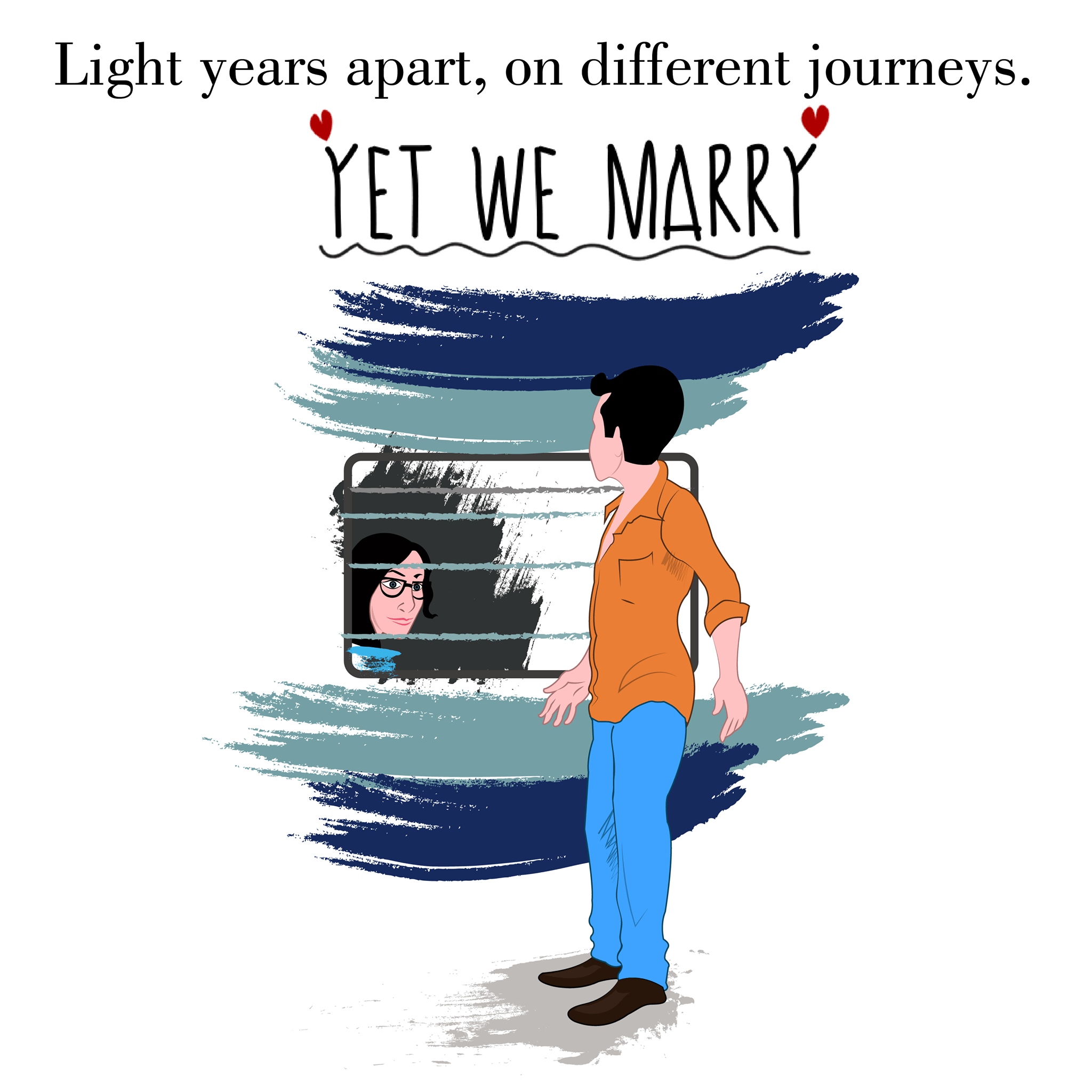 Research shows that the fate of most books is often decided even before the book releases based on pre-orders, except for a few like George R.R Martin. The writer of the ‘Game of Thrones’ series wrote the first book 20 years back and for years was unsuccessful till the TV series came along and social media craze about the show put him on the map.

Most online sellers allow discounts on pre-orders. This propels promotional sales and lets you gauge how well the marketing plans are working. You can also gauge the demography that is actually ready to buy the book itself. This way you can twitch and change minute promotion and marketing sketch to capture a larger market share in that demography.

For ‘Yet We Marry’ – the book we decided to go with illustration based approach that will capture scenes from the book, while the copy captures the emotion behind the whole story. These hand-drawn, sketch based posts were able to generate a sizeable amount of curiosity about the book itself.

T.V show and film adaptations or not, it goes without saying that for books to be successful in a market where millions are published each month around the world, a masterpiece plot is not enough. Promotion and marketing is what shapes the case and decides its fate. As far as new authors and first timers are concerned, there is no better cost effective way than a digital burst campaign to promote books online leveraging social media to the fullest.